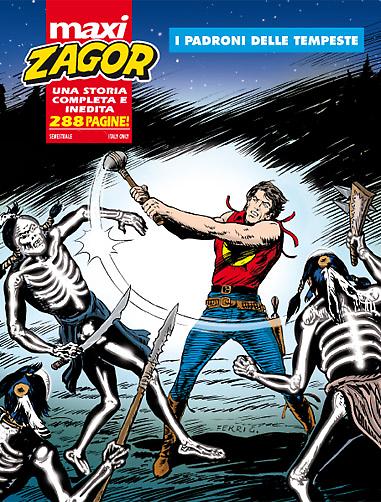 Introduction: Only Zagor can save the young Winter Snow from the claws of the demons that are trying to catch him!


A magic ceremony performed by four young wizards, anxious to stop the grip of freezing cold that seizes their lands, causes their bodies to be possessed by four demons, who can dominate the natural elements: frost, darkness, wind, fog. Transformed in evil creatures, the four man unleash their powers. When one of them attempts a mutiny, the other three kill him and try to replace him with his son, a young boy called Winter Snow, who has been adopted by a White trapper after the death of his parents. To save the kid, Zagor will have to avoid the three powerful beings, who’ll unleash infernal storms against the Spirit-with-the-Hatchet.