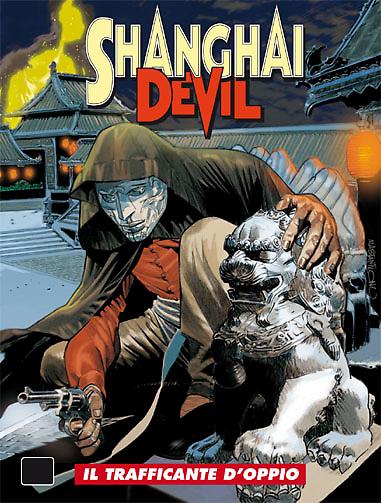 Introduction: Where theres always another masked avenger after the first...

In 1897, Ugo Pastore goes to Shanghai to help his father Enea, delegate of the commercial company Caput Mundi. For an injustice-sensitive man as himself, it’s easy to realize that the Western powers are harassing the local people. He becomes friends with a young actor, Ha Ojie, who takes him to Madame Niang’s brothel— here Ugo meets Meifong, a tender and inexperienced prostitute, and he’s very attracted to her. But Ugo’s path will cross with the path of Burke, an English trafficker who’s trading in opium: when the Englishman attacks Meifong, Ugo decides to make him pay for it, and once again dons his silver mask. It’s the baptism of fire for a mysterious lone avenger, who the English newspapers will call Shanghai Devil!