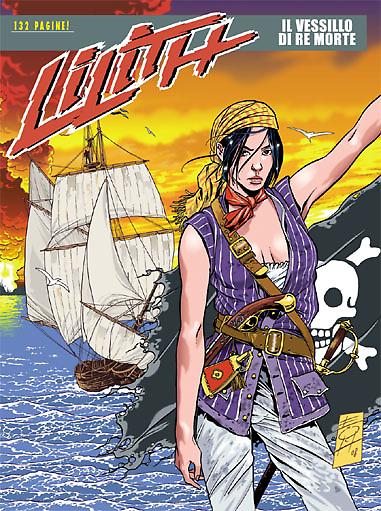 Introduction: A new time warp brings Lilith at the peak of the Pirates Era!

Travelling in time, Lilith and Scuro land around 1650, during the era when the Spanish overseas possessions were constantly raided by the Dutch and English privateers. After a tragical unexpected twist of their mission, they are suddenly tossed a century later, at the peak of the Caribbean piracy in the first decades of the 18th century. Here they'll have to chase their evasive target, fighting side by side with the buccaneers that battle against the whole world, attacking vessel from any country, under the “Jolly Roger”, the banner of King Death.