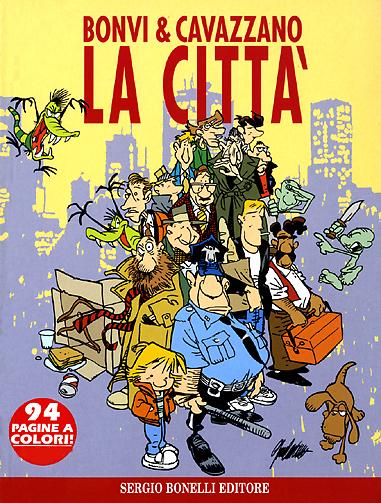 Introduced by the Good Old Uncle Marty, four episodes of the ironic and poetic saga born out of the meeting of two masters of the humourous side of Italian comics: Franco Bonvicini (aka Bonvi) and Giorgio Cavazzano. Four intriguing stories from different genres, with a setting in common: an ordinary and original place at the same time, such as a huge Western megalopolis. A place where you can have unbelievable encounters, if only you look closely, like the strange neighbor with “alien” habits, or an ordinary accountant that, in the middle of the night, hunts with his saber the terrible “skunts”, the pests of the directional centers.