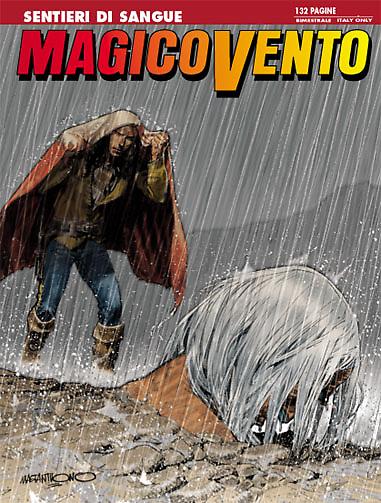 Introduction: Ned goes into the desert to find himself. But once there, he wont find the peace hes looking for!


The last, harsh clash against Hogan left Magico Vento almost exhausted, drained of his energy and in need of a meditation, alone and in silence. He heads to the desert where, in the middle of nowhere, during an unrelenting storm, he helps a man: it’s an old Native, buried in the ground to his shoulders, whose eyes have been gouged! The dying man pervades Ned’s body with his spirit and asks him for revenge. Magico Vento gets on the tracks of the old man’s ruthless killers and is soon forced to battle against comancheros, Mexicans and Apaches to save young lives…