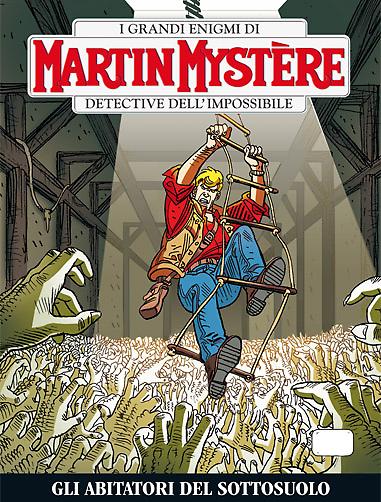 Introduction: What's the origin of the mysterious creatures who surfaced from the depths of the Earth?

An uncanny reality appears during the shooting of a TV show in Africa: there lives a tribe of terrifyingly ruthless humanoids. Their physical appearance suggests they were born and raised in the darkness, far away from the sun light and warmth. Where do they come from? What’s their origin? Martin Mystère is one of the few who know the truth: he met those people before, and he knows they’re not monsters. It’s the beginning of an investigation that will bring the Detective of the Impossible on a long path, looking for traces of the creatures “born in the dark”…