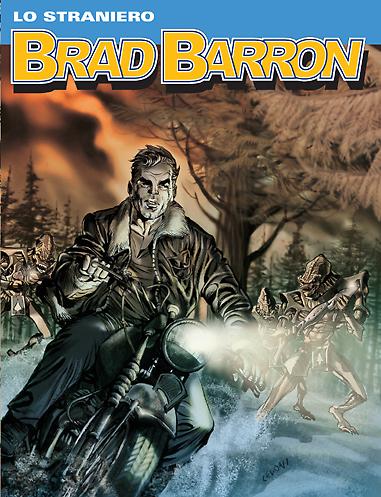 Introduction: A small city that seems quiet enough, yet it actually conceals a gigantic threat!

At Springwood time seems to have stopped at some earlier age, before the alien Morbs invaded Earth. Brad Barron feels as if he’s arrived in Paradise. But, unluckily for him, it won’t be long before he finds out that hidden behind the apparent peace and quiet of this small city there lies horror, death and the most gigantic danger. And meanwhile, a memory surfaces slowly from the past, a recollection of a dramatic and disturbing episode that Lt. Brad Barron lived through during the Second World War.