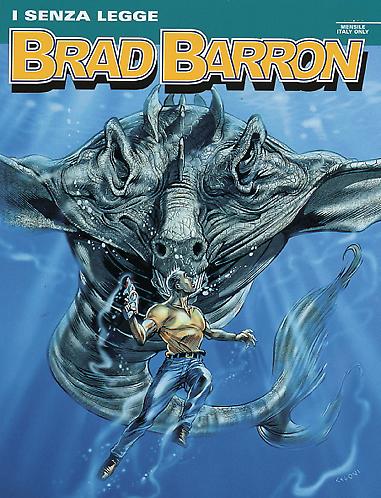 Introduction: This time the threat Brad has to face doesnt come from the depths of the cosmos, but instead its dramatically terrestrial

The arrival of the Morb aliens on Earth has swept away the rule of law. Only one law still remains in force: the law of the strongest. And now that law and order has totally broken down, mankind seems to have degenerated and slipped back to the time of the Far West. In this scenario, Brad Barron finds himself confronted with a band of blood-thirsty looters and raiders who, this time, aren’t entities from outer space but instead are men. Like him…