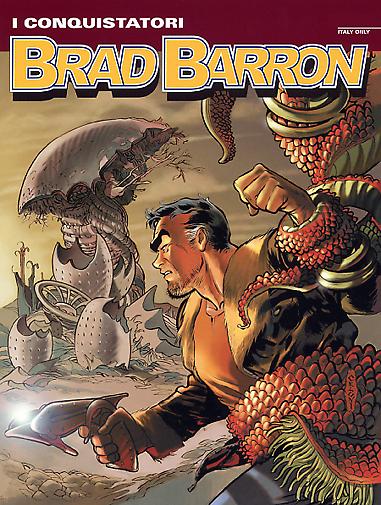 Still on a quest to trace his family, Brad Barron ends up in a forest that is actually one great big monstrous organism ready to gobble up anyone who crosses it! But there’s a threat on its way from space as well: the Morbs have sent an unstoppable and bloodthirsty alien on the tracks of “Number 9”. To get out of this adventure alive, Brad will have to confront his present enemies, but those from his past too, summoning up in his mind the recollection of previous times, back to D-day in Normandy…