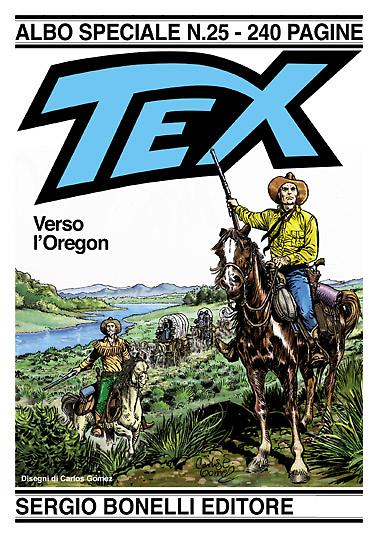 Introduction: A group of soon-to-be brides to protect at all costs, and a serial killer to stop before he strikes again!

Tex and Carson are tracking down a psychopathic serial killer who murdered many people in Texas, with no apparent reason. A few sightings say he’s running away on the Oregon track. While they’re looking for the killer, the two Rangers stumble upon a wagon train in trouble: several women are trying to get to Oregon City where they’ll meet their future husbands, that they only know by correspondence, thorough an unusual wedding agency... While escorting the prospective brides, Tex e Carson face a long list of troubles along the track: almost impassable paths, swollen rivers, natural disasters and the attack of a rebel Indian gang. But it will just be in Oregon City that the truth will out...