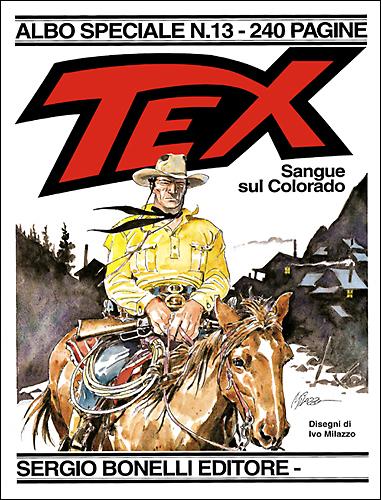 Stuck in Silver Creek, where he’s been framed after having killed out of self-defense, Kit Willer risks the hangman’s rope! Tex intervenes in the corrupt frontier city that has fallen into the hands of evil Guy Mac Lean, who has gotten his hands on almost all the trading activities and has even put the judge on his payroll. After cowing his fellow citizens into acquiescence by imposing a reign of terror, Guy’s only foes are now the miners from Carbon City, who extract gold with really antiquated methods whereas Guy would be much more inclined to scratch away the mountain with powerful hydrojets. These are the seething troubled waters the rangers have to pour oil on ! 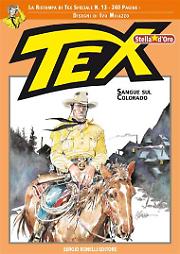