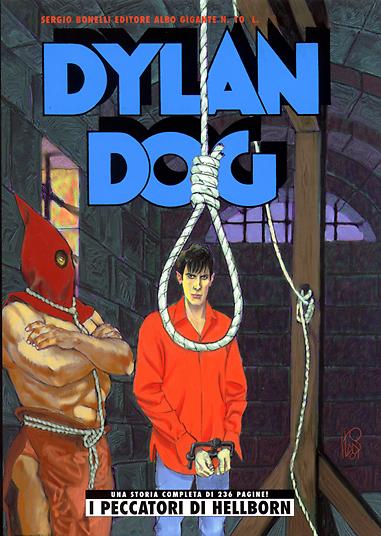 “I am the Prison!”... To tell the truth, Hellborn Jail, enthroned atop a bleak islet lashed by wind and waves, is much more than a prison, and does full justice to the name it bears. Those who are closed up behind bars on the island followed the path of horror when they were free men, and continue to do so as inmates, reduced to the status of the damned of the earth by two grim gaolers like the director Luger and commander Brood. Dylan shares the fate of those skid row outcasts, in search of a reason for the too many “accidental” deaths which, for some time, have been striking the hours of the daily clock on the island from hell… and he will be unable to avoid a tussle with the very heart of Evil!