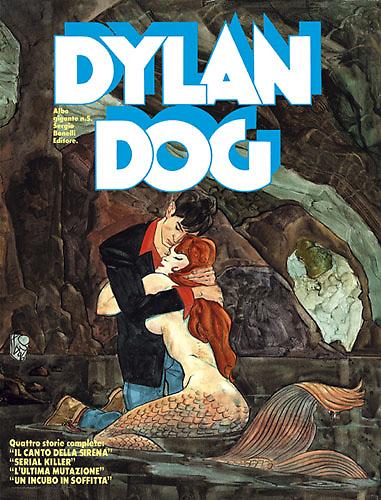 On windy evenings, or deep in the night, one may seem to hear a voice lapping the waters of the sea. It's a mellow gentle song that invites us... Towards murderous fangs. Many years ago, commander Le Duc saw the impossible with his own eyes, he met a mermaid! Half woman and half fish, capable of loving or killing without mercy, that creature still lives in his dreams and still sings for him today...

Geoffrey Banks, serial killer by profession. He enjoys his work and cultivates it passionately, with daily devotion to the duties of a murderer. He regards it as essential to specialize in a certain category of victims in order to obtain the greatest satisfaction from his job. That’s why he decided from the very beginning only to kill detectives, or if you prefer... Investigators!

Can the body and the mind return to primordial harmony? Go back to pure instinct, to the full satisfaction of instincts? That's what Alexander Chain is wondering, and that's what launched his revolutionary experiments. But along the way something has gone wrong, the harmony has been transmuted into chaos and the body is a boiling mass of deranged flesh. The process must be arrested before it gets to the final mutation!

Is it a gigantic cockroach? A many-headed snake, a carnivorous toad? No-one knows what the nightmare Alvin discovered in a crack on the ceiling can be. What everybody does know is that it must be disposed of, because the merely thought of it sends shivers down your back… Somebody who knows the ropes in this subject must be summoned immediately, somebody like Dylan Dog!