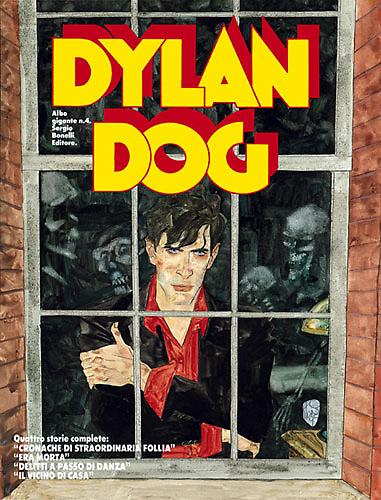 Dylan Dog ix not the only one to live off nightmares. An evil force has slunk onto city roads, inside rooms and within the innermost recesses of all minds. It fishes out the most hideous fears from the bottom of the soul and bestows on them the form of reality; it feeds on horror and grows, grows disproportionately. Is it a demon, or what else could it be? Sang froid, Investigator! The hardest battle is the one against your own fears!

Arlene was dead, and Channing knew this perfectly well because he was the one who found her. But he could hardly have imagined that her ghost would come home, indifferent to death, in order to take up the same life as ever. And he certainly didn’t suspect that sweet Arlene was going to pull a similar fast one on him…

Nobody can replace Alan Scott: he really did dance like a leaf in the wind, it was as though he were flying! No-one can take his place, and anyone who has a go ends up dying! A ghost complete with top hat and walking stick is roaming through the London nights to defend the fame of the great dancer; the crimes it commits are carried out with perfect aplomb, swiftly and elegantly… Like a tripping dance step.

Uaaargh! That wretched doorbell won’t let me get any sleep. It torments me at all hours of the day and night… And then all those sounds, the clarinet, gunshots, screams in the night. Doesn’t that wretched Investigator of Nightmares ever go to bed? But one of these days he’ll see what’s going to happen, one of these days I’m going to get my own back…