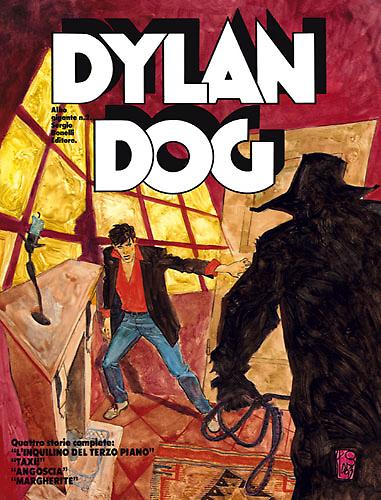 Poor Mr Kaminski was obviously suffering from paranoia. He claimed his neighbors were tormenting him and harassing him with thousands of dirty tricks, that they were trying to drive him mad… And perhaps he was right! What lives within the old walls of that apartment block? Perhaps the very worst type of curse, the kind that condemns us to look at ourselves in a penetrating mirror, and face our image, our double.

An old metropolitan legend: a stranger asks the cab-driver to take him to the graveyard and then disappears. Not long afterwards, the dismayed driver discovers he’s given a deceased person a ride. For Nathan Jervis this is far more than a “legend”: it would appear that all his customers are ghosts…

“Anguish”, a great movie… It’s on tonight at the Fairy movie theater. Go see it, but be careful not to allow yourself to get too engrossed in the plot, it might be dangerous! The story of Ollie and Ollie’s mother, their perverse homicidal relation, could insinuate itself into your bones. It could abduct you and transport you into a world of infinite nightmares and transform your life into an outlandish film!