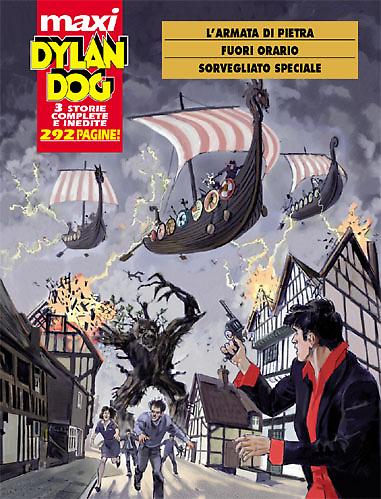 Introduction: A troll army, a mall ghost and a man whose life is just a lie...

The quiet village called Howlstone is upset by a string of mysterious disappearances that only seem to precede a greater threat. It will be a race against the clock for Dylan Dog, trying to prevent the return of an old menace, appearingly forgotten in the mists of time…

Trapped inside a giant mall, the Nightmare Investigator will have to solve the enigma hidden behind the apparition of ghosts, huge monsters, werewolves and other scary things!

John Bixby is an apparently common man, but someone believes him to be very valuable, at least judging by thge amount of men and means deployed to spy on him. And now that the dweller of Craven Road has decided to help him, his life too will be targeted...