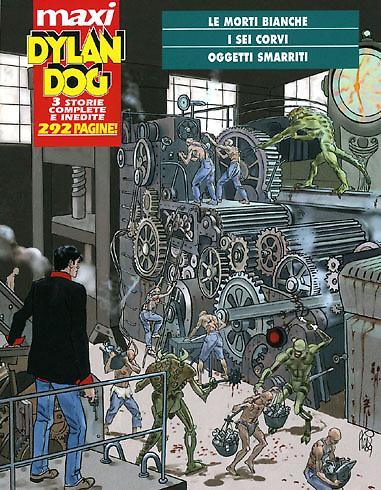 Introduction: A mysterious string of accidents at work, a murder at the Tower of London, a painful past resurfacing…

Dylan goes incognito to work in a large factory on the outskirts of London, where an unsettling string of accident has been causing victims among the workers and clerks for some time now. He suspects that there is the Devil’s hand, behind this supposed industrial accidents...

A strange winged creature is wiping out, one after another, the guards of the Tower of London. To stop it, Dylan has to shed light on an ancient legend, that links the survival of the Monarchy to the life of the ravens that inhabit the Royal Gardens.

The small and quiet neighborhood of Magnolia Lane is shocked by the inexplicable apparition of thing that the residents had lost or destroyed. An uneasy past that resurfaces, unleashing an unstoppable homicidal fury that Dylan will have to stop...
Fears that preclude you from living, fears that kill...