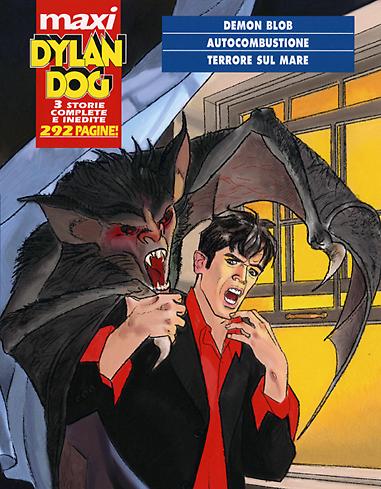 Introduction: Murderous toys. Men "burnt up" by scorching passion. And the venomous Witch of the Sea… Three nightmarish stories!

There’s a mysterious Internet website where you can order curious and apparently harmless anti-stress dolls. But ill-advised buyers will soon realize what a terrible mistake they’ve made in putting their hands on these strange little rubber animals…

From the mists of time an ancient curse stages a comeback: the curse of Lamia, a creature from eons ago, ravenous for love and death, that once more begins to strike in Dylan Dog’s London!

A terrible witch, who features in legends told by sailors and handed down from generation to generation, returns to carry out her bloody and implacable revenge!