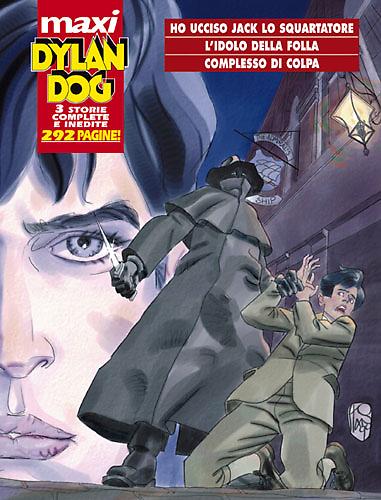 Introduction: A den of satanists, the magic of football and the fall of the hounted houses of London!

A medieval codex full of magic formulae, a gathering plot, and those strange dreams… What weird forces are dragging Dylan into nineteenth-century London? What is Miss Rutherfork’s secret? A tangle of disquieting clues leads to the den of the powerful Satanists. Their dream defies the laws of time and death, their crazy hope is to bring back to life… Jack the ripper!

Football is magic, in name and actuality. That’s what the spectators of Stonehenge Stadium think, caught up as they are in a spiraling sequence of spells and overwhelmed by a rising tide of horror. The disappearance of the champion Jason Thorpe and the lightning-quick rise of John Bradd… Diabolical presences are stirring in the teams’ cloakrooms, the entire stadium is at the center of an obscure infernal plot…

London’s infested houses are collapsing one after the other; a dynamite-setting maniac is destroying them according to a precise plan. Does he want to deprive the Investigator of the raw material of his work? Far worse, ghosts are the dynamiter’s obsession and his own personal hell; he wants to sweep away the world of spectral presences and eliminate the troubling mediumistic aura… of Dylan Dog!