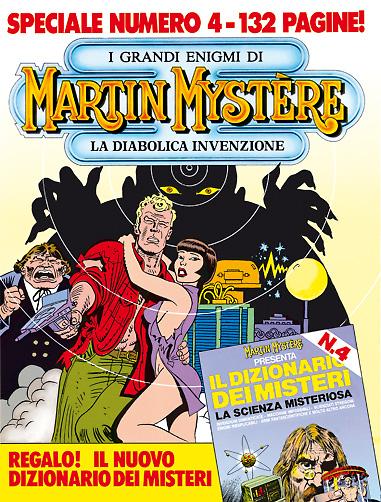 Chris Tower, head of the secret base of Elsewhere, for the first time asks Martin Mystère for help, picking him up at his house in Washington Mews and thereby starting a habit which will be repeated often. The discoveries made by the scientist Nikola Tesla have allowed the Soviets to construct an ELF wave transmitter, able to carry powerful extra-sensory messages. Now someone else has come into possession of the machine and wants to use it to satisfy their own obsessions.