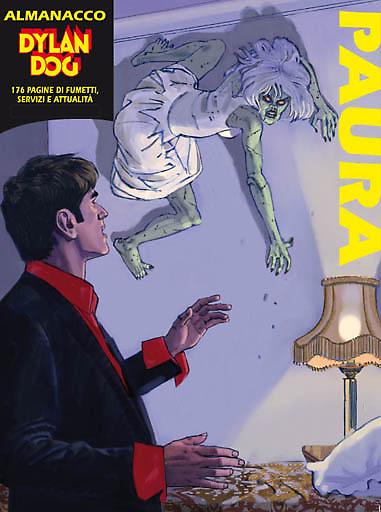 Introduction: A sweet mommy… possessed by the Devil!

A serial killer with a habit of collecting the heads of the young women he murders is spreading terror in all of London. Going on an investigation following the murderer’s tracks, Dylan Dog is helped by the ghost of a mysterious female entity. All the clues seem to point in the same direction: the boss of the Old Boy’s girlfriend. This year’s Almanacco also features 82 pages of full-color files about the “cursed stories” of cinema and literature, Neil Gaiman, the creator of Sandman, and the most spine-chilling anthological movies, as well as the usual overview on horror books, movies, TV series and videogames of the year!