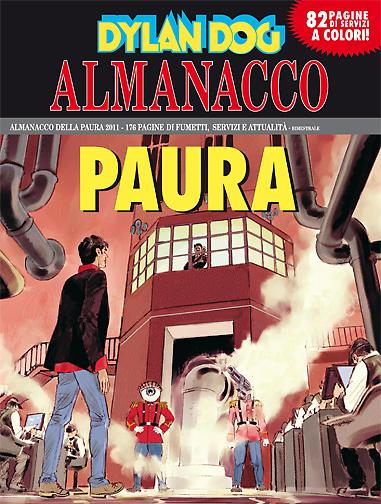 Introduction: The Old Boy finally arrives to a long-postponed appointment… with death!


Somebody is trying to kill the Nightmare Investigator. That’s not new, of course, but the strange thing is that this time all the presumed killers are found to be already dead. To solve the mystery of the “killer corpses”, Dylan will have to face the horrors of the terrible Infernal bureaucracy, where apparently something went spectacularly wrong, but no one seems to care for righting things... Also, in this year’s Almanacco, 82 pages of full-color dossier about the dark side of fairy tales, Franz Kafka’s hallucinating worlds and the Hell depicted on the silver screen, along with an overview of horror books, movies, TV series and videogames of the year!