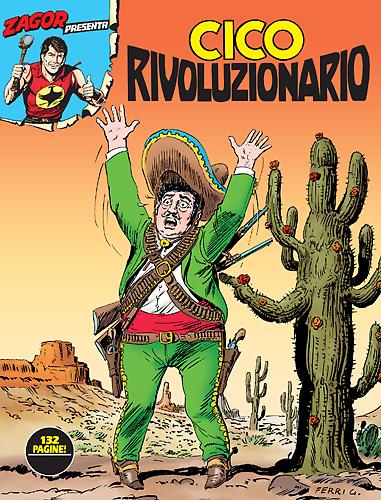 Introduction: Ends up getting enrolled, without meaning to, among the revolutionaries led by El Cabezon!

Cico tells us another episode from his adventurous past, casting his mind back to the time when he still lived in Mexico, and the guerillas would gather up in the mountains and determinedly draw up plans to overthrow the powers-that-be! By a strange quirk of fate, Cico gets mistaken for a revolutionary ideologue called Cisco Mortadelo, and is taken to the top secret headquarters of the revolt. He thereby eludes pursuit by colonel Caroñion, whose men are constantly trying to chase down the rebels. But what would happen if the rebel leader, El Cabezon, were to find out that Cico isn’t the man he’s thought to be? And what would be his fate if the soldiers arrested him?