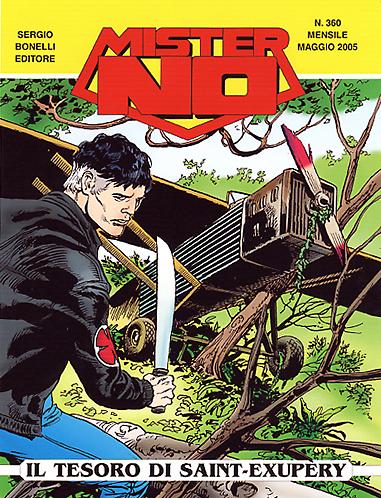 Introduction: A mysterious treasure connected to the writer Antoine de Saint-Exupéry takes Mister No into the heart of the Amazon jungle!

In 1934, a postal service aeroplane with the celebrated writer and aviation pioneer Antoine de Saint-Exupéry sitting at the controls crashes into the Amazon jungle. Many years later a French pilot, a real friendly guy called Marcel Brest, persuades Mister No and Esse-Esse to set off with him in search of the wreckage of that ancient aircraft, which was carrying a package that contained “something” extremely precious…