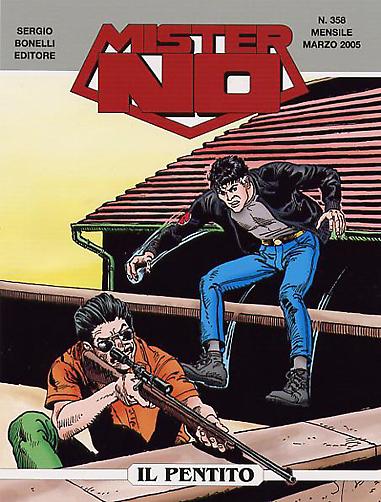 Introduction: The gangster Alberto Alvez has decided to go straight. But he will turn himself in only to the one honest man he really trusts: Mister No!

When the members of the “Cartel” he belongs to kill his son Paulo, Alberto Alvez sets in motion a a vicious plan of revenge: he will throw himself on the mercy of the CIA and squeal, disclosing all the criminal dealings of the mob family he is part of. But none of his ex colleagues will get to a trial alive: Alvez, thirsting for blood, is going to murder them one by one!