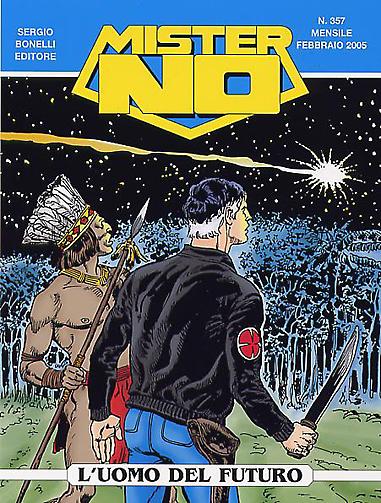 Introduction: A man appears from nowhere: he says he comes from the future! Only Jerry Drake succeeds in interpreting his visions

A new prophet! The Taulipang indios think they have identified him in a strange individual who says he comes from the future and talks about extraordinary adventures. However, Mister No seems to be the only one capable of understanding the incredible stories of the “Sacred Man”, and that’s why the indios have to capture the pilot and force him to cooperate with them. But what secrets are really hidden in the world evoked by the unknown individual?