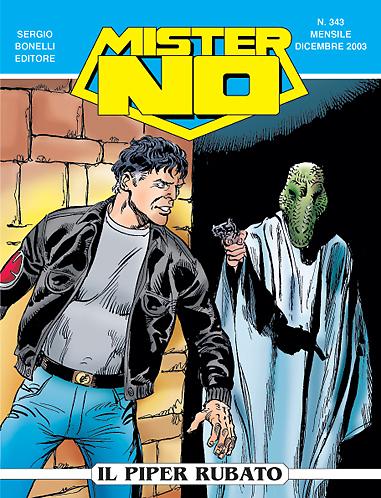 Introduction: Who is the imposter who is passing himself off as Mister No? Finding out isnt going to be easy, nor is it risk-free

At long last, Mister No is homewards-bound, but it could hardly be said that his return to Brazil is marked by the announcement of good news! At Belem airport, where he has entrusted his beloved Piper to his faithful mechanic Virgulinho, Jerry Drake has a nasty surprise: he discovers to his dismay that someone came along pretending to be himself and then made off with the plane. The only clue seems to be a remote village in Dutch Guyana, Centavo de Ouro, populated more by mosquitoes than human beings. Mister No and Esse-Esse set out for the place and get there thanks to the help of a colleague of Jerry’s who’s a bit of an oddball, a certain Captain Aquila, but they arrive only to find themselves facing an even more unpleasant surprise…