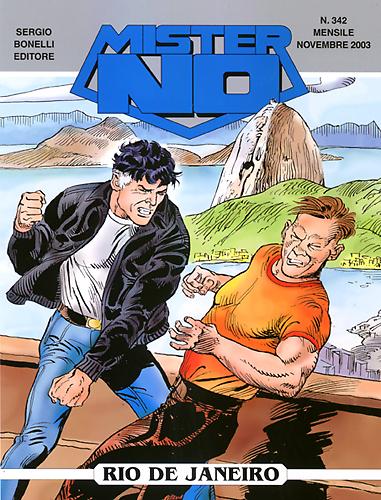 Introduction: For Mister No and Esse-Esse it’s time to set off towards South America… where there’s a barrage of gunfire waiting to "welcome" them!

The white sands of Ipanema beach are alive with the sound of ruthless gangsters’ bullets whizzing all round… Their aim is to silence Mister No, Esse-Esse and Van de Veer, who are guilty of having poked their noses into a sordid murder case the gangsters’ boss, Alvaro Quenta, is involved in. But anything can happen in a story that had its beginnings in distant Asia with the return of an arousing dark lady!