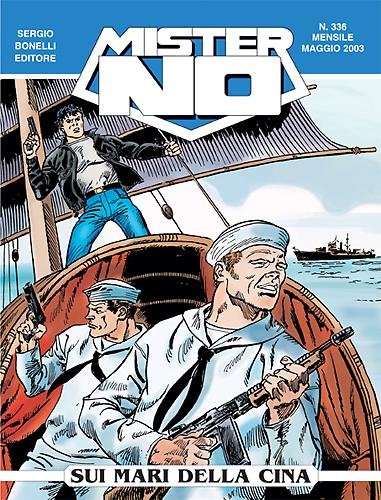 Introduction: An escape by sea on board a junk, from the coasts of Thailand as far as Macao and with two superpowers hard on their heels!

Mister No, Esse-Esse and Van de Veer are three men who are being relentlessly hunted down, and this has been going on ever since the United States and the Soviet Union got it into their heads that the trio are responsible for the theft of a nuclear device that “went missing” from an American aircraft in the swamps of Thailand. To clear themselves of the charge, the three have no option but to set out on the tracks of the real thieves: secret agents Martin Donovan and Nadia Kreg, who have duped everyone into believing our Heroes are to blame. But for the moment, Mister No and his friends are forced to attempt a dangerous getaway by sea…