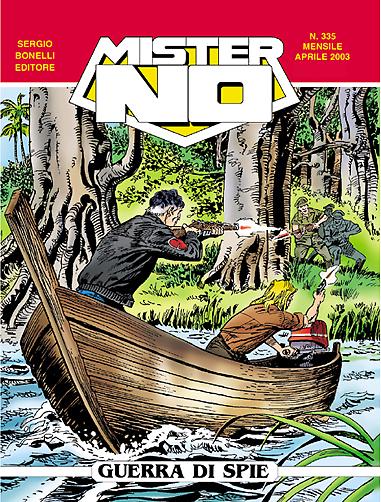 Introduction: No place is safe for Mister No and his companions, pawns in a game in which the stakes are the very fate of the world itself

The Garden of Man Trees is a grim prison built in the middle of the Thai jungle, and that’s where Jerry Drake, Esse-Esse and Van De Veer are locked up. It would be almost impossible for them to survive there if it weren’t for the fact that their safety is of the utmost consequence: the point is that the three represent the only hope for those who want to recover the lost nuclear warhead. A famous journalist, a beautiful woman who is an officer of the Soviet secret services, a tough agent of the American Administration, a mysterious princess… these are just a few of the participants in this deadly treasure hunt. But who can really be trusted?