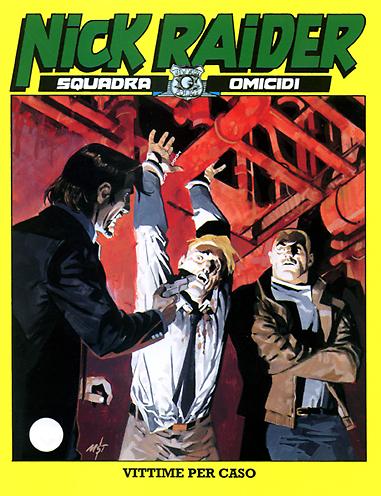 Introduction: A ghostly IT company, a badly kept secret, oodles of corpses and a girl who would have done better to quit smoking!

There was never anything between Linda Brand and Ted Croven except just a one-night stand. Or rather, that’s the way things would have been if, as Linda crept out the morning after without waking her fleeting date, she hadn’t pocketed a packet of cigarettes of his, which just happened to be lying around in his apartment. The fact is that there’s something hidden in that packet, something two ugly mugs like Steve and Randall are so determined to get their hands on they wouldn’t have any scruples about killing for it. First Croven, then his business partner Larry, and after that a certain Douglas, an employee of Lower & Smith Merchant Bank, which has business relations with Croven’s IT company. In other words, Nick Raider and Marvin Brown soon find themselves faced with the usual macabre array of stiffs. But what’s at stake now, apart from figuring out the truth, is the life of poor Linda, who’s totally unaware what dreadful damage her smoking habit can inflict on her…