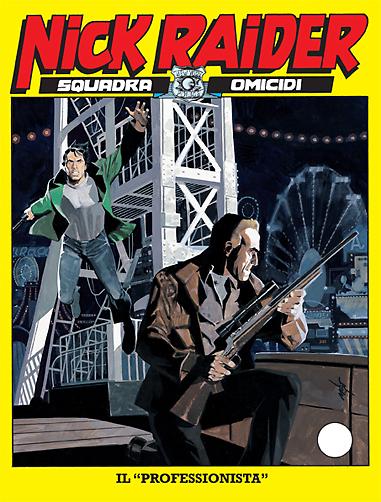 Introduction: A professional killer discovers hes suddenly turned into a target, and Nick finds himself dealing with an investigation where mobster crime and personal revenge are intertwined

Jack Fisher is what you might call a real professional. Cold, efficient, meticulous, he’s one of the best killers on the market. In contrast, his latest victim, George Latimer, works in the chemical industry and he’s a man who, to all appearances, should never have had the occasion to come into contact with someone like Jack. Yet our good friend Latimer must have had something to hide, something real big, judging by the fact that although he was fired almost a year ago, at the time of his death he was earning more than when he worked for “Medichem” and he’d conned his wife into believing he’d actually been promoted. It’s up to Nick and Marvin to go through the victim’s life with a fine toothcomb, while Jack… well, his job is to figure out why he’s been transformed from a hunter into a prey and who it is that wants him dead!