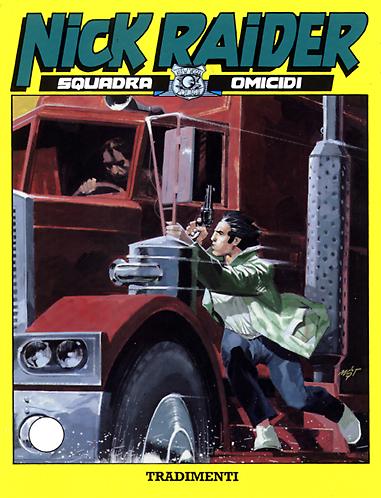 Introduction: Bruce Craven is a successful financier, but nobody has any idea how he managed to move so swiftly from the special crack forces of the Marines to the pinnacles of Wall Street

A party on a boat that’s cruising lazily on the Hudson turns into a tragedy, but be careful in counting up the number of fatalities; there’s no guarantee that the ones who look as though they’ve had it are really and truly dead, and maybe the attack isn’t aimed against the top management of Baldwyn Investments… No, on closer inspection, the shoot-out on the boat is none other than the first exchange of fire in a war that’s setting itself a much higher target. And Nick and Marvin figure out the way to put the fragments of this complex mosaic back together!