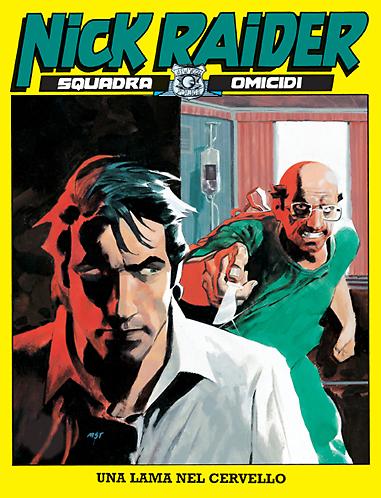 Absolute rest. This is what the doctors at Central Hospital prescribe for detective Raider, wounded in a shoot-out with a dangerous narcotics trafficker. Unfortunately, even if he had been inclined to obey , Nick cannot abstain from undertaking a risky investigation. A patient suffering from schizophrenia is wandering around the hospital armed with a razor-sharp scalpel and has already butchered two victims… Also, hidden amongst the inmates of the hospital is Conchita Barreto, the slain drug trafficker’s dame…