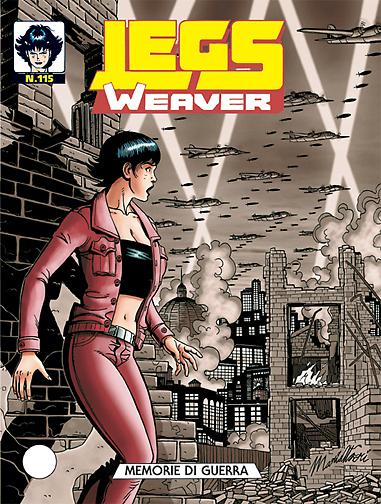 Introduction: A man without memory fleeing from his past. Terrible recollections that smack of death!

The S.I.M., operating under the orders of Colonel Hurley, was carrying out experiments on Janet Blaise, in order to create soldiers with psychic powers. But was Janet the only guinea-pig? Legs and Janet discover the answer to this question when they quite by chance come across Norman. The man has managed to escape from an institution that was, to all appearances, some sort of a hospital. He can’t remember anything about his past, but he is tormented by a recurrent nightmare… Janet, up until today, had never had any contact with the other prison inmates, and this unexpected event awakens in her an inexorable desire for revenge!