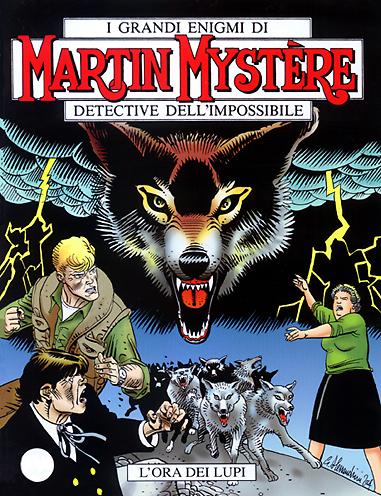 Introduction: How can one restore to normal life a man who’s imprisoned in the body of an animal? How can Martin escape from a new vampire menace?

Martin Mystère and Java are in Poland, where they’ve come to try to shed light on the incredible saga that involved the writer Ian Potocki back at the beginning of the nineteenth century. After passing into the “world of the unborn”, Potocki had been reincarnated in the guise of a fierce wolf that prowled around in the hills, and then finally succeeded in coming back to life as a human being. But how did he do it? This is what Martin is trying to figure out, for the sake of his friend Manny Gould, imprisoned in the body of the cat Mehitabel… In this same album there’s a new story starting, where Martin wakes up in a remote locality in Sweden. Without any idea of how he got there, and unable even to remember his name, the detective of the Impossible finds himself besieged by a group of men who are literally thirsting for blood, and who see in him nothing other than a prey…