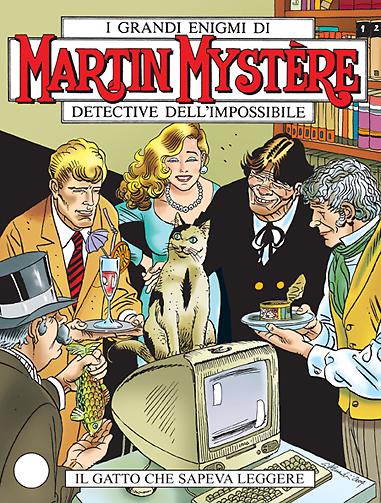 Introduction: Can it possibly be that an old friend of Professor Mystère, who disappeared ages ago, is back under the noble appearance of a cat?

An unexpected guest bursts in at Martin Mystère’s home. Such an event would not, in itself, constitute a genuine novelty, were it not for the fact that the visitor in question is a cat, and what’s more, a cat endowed with human intelligence: a cat that can read and write and which, until not long before, was put on show as a circus attraction. But there are more surprises to come. The fact is that the physiognomy of the extraordinary feline creature strikes Martin as having a strangely familiar air…