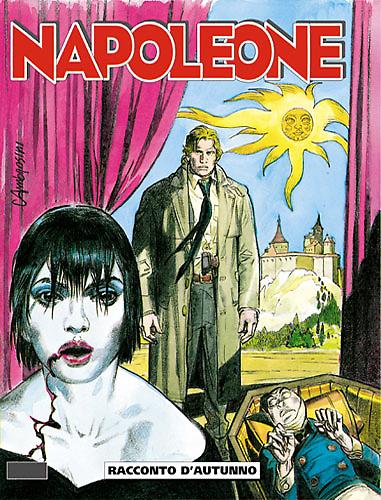 You may have to go right into the heart of Carpathians to obtain a golden beetle from a collector and then you may end up by saving a beautiful deaf-and-dumb girl from lynching after she’s been accused of witchcraft. Or, at least, that may happen to Napoleone who, between the cruel arrogance of Eastern mafias and an encounter with Vlad Tepes II, commonly known as Dracula, becomes acquainted with a melancholy vampire forced to give way to new demons in the flesh, and much more dangerous than him...