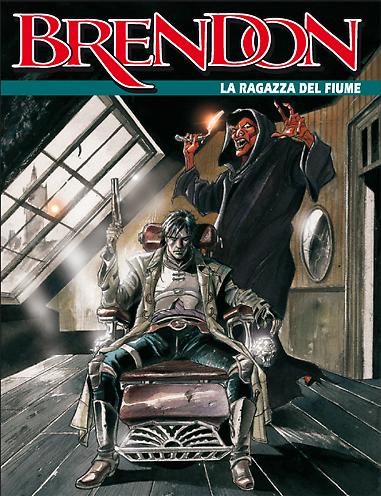 Introduction: Trevanians shadow looms on Arkhem, and life becomes tinged with blood for the meek Stanley...

Since his childhood, Stanley has been haunted by nightmares that aren’t just tormenting him during the night, but also in full daylight. As this wasn’t enough, he has to live with his overbearing wife and share his house with his old and always fretting mother. But Stanley is a barber by trade, and his sharp razor, pushed by a subtle streak of madness in the man who’s handling it, can become a very dangerous weapon... The blood Arkhem’s streets are awash with can possibly be stopped, with the help of a mysterious girl, by the mephistophelian alchemist, Trevanian, and by the Knight Errant, Brendon...