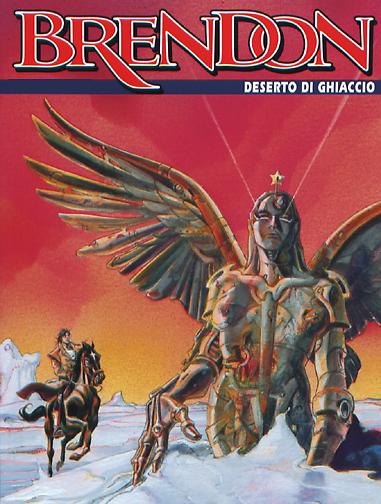 Introduction: Brendon is chasing after a masked murderer in the most terrible of places...


A blighted desert that swallows up the lives of those who venture out into it. A demoniacal creature that materializes from mirrors, two women running from the law, and Brendon on the tracks of a dangerous murderer whose face is covered with a cloth mask. Souls in distress that encounter one another on the quest for their destiny, which is lost, just like they are, in the blizzard of snow and ice that seems to offer no hope of escape whatsoever. Deliverance is only for those who succeed in looking their own demons straight in the eye.