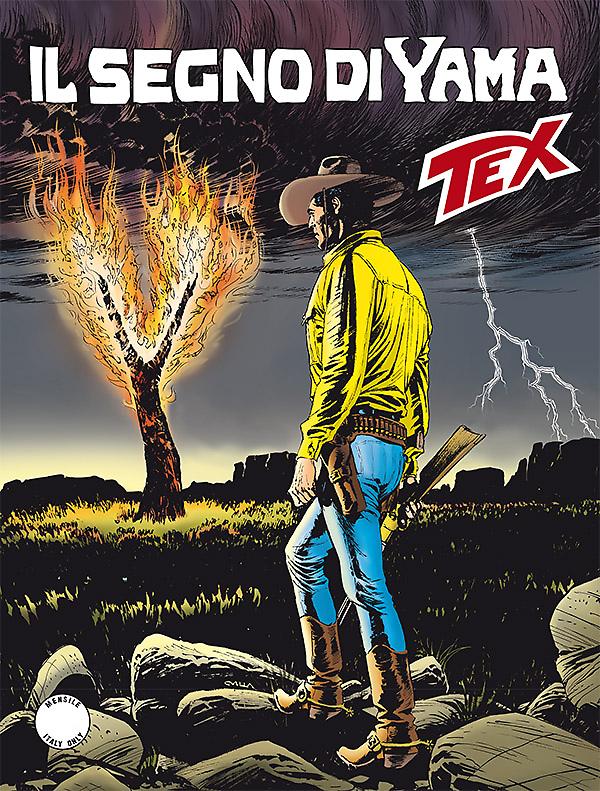 Introduction: The Lord of Death is back!

What will the wind bring, the wind blowing on the desolate Nebraskan prairies and screaming with the voice of a thousand black angels? In front of the destructive power of the tornado, the shadow of the man who once was the Lord of Death rides, with a message from the Obscure Gods.. In the night, inside a solitary caravan, Blacky Dickart is tormented by dark nightmares, where he hears the voice of his father, Mefisto... The Western stormy sky fills with demons and ghosts!
Meanwhile, following the tracks of four mysterious killers who stole the vestments of an ancient mission, Tex and his pards' are confronted with deadly traps and spine-chilling omens... And the thunderbolt etches Yama's fateful sign on their path!