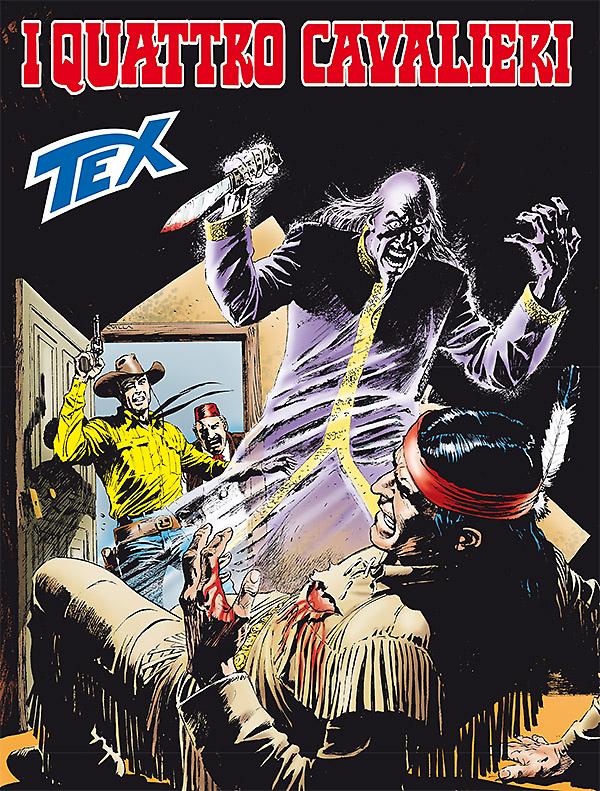 Introduction: On the tenebrous tracks of the Lord of Death…ore della Morte…

By now, Tex and his pards' have realized that they are facing once again Mefisto's son. El Morisco will begin to shed light on the mystery about the holy vessels stolen by four black-clad riders. But now Yama is more fearful than ever, since he's flanked by allies who practice black magic just like he does. And the powers he's been endowed with by the forces of Evil allow Yama to unleash his attack inside the house of El Morisco, no less...