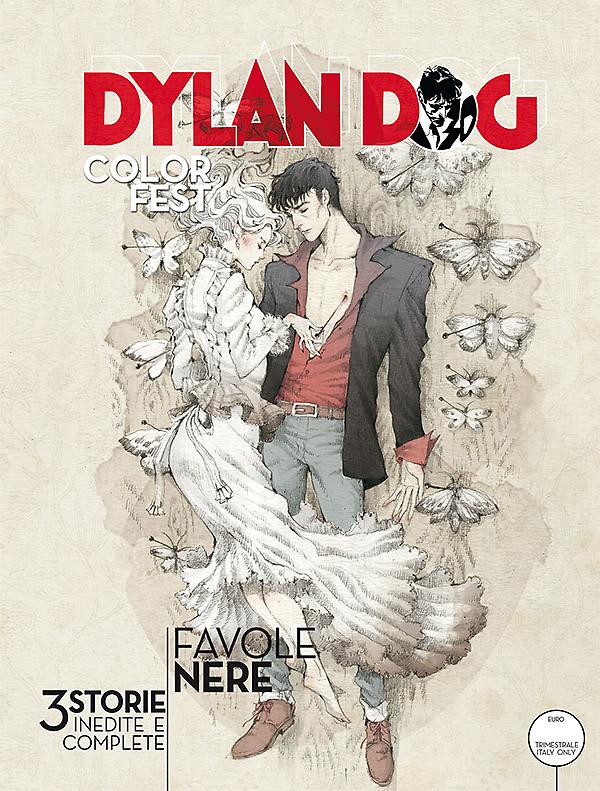 Introduction: Three terrifying fairytales, dipped into the heart of darkness!

Dylan Dog is called to shed light on one of the most enigmatic cases he's ever had to solve: he'll have to find out how can Kora die at night, only to wake up the next morning perfectly alive and kicking.

There's a magical place in the heart of London, the dwelling of a Court that remembers about the city's forgotten colors. And the Queen of this little Court, a young girl called Maeve, hires Dylan to protect her Kingdom from the monsters who are besieging it.

What's the link between a series of suicides in a girls' school, cloaked by an oppressive pall of anguish? It's up to the Nightmare Investigator to find a solution to this mystery.