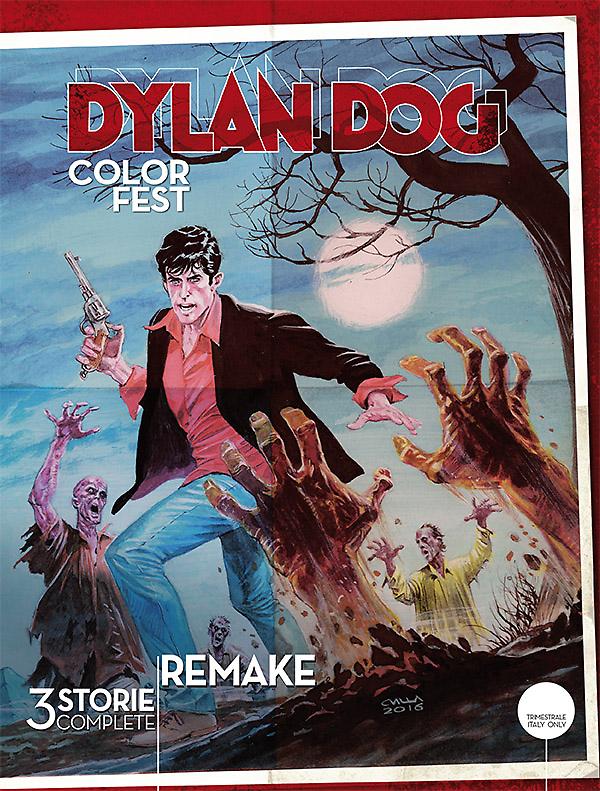 Introduction: The great "Dylanite" classic are back, in three bold, contemporary, alternative versions!

Dylan's first episode, by Sclavi/Stano, has been rewritten and redisgned starting from the point of view of a crucial object for the ending of the story: Dylan Dog's clarinet.

A classic by Tiziano Sclavi & Luca Dell’Uomo, now presented through the POV of a camera, just as if it had been created by reassembling previously existent footage.

Another of the greatest "Dylanite" stories, originally by Sclavi/Dell’Uomo as well, in a re-enactment according to the style of a "pulp" comic-book.