The creators of Orfani 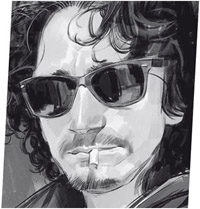 Born in Rome on January 13, 1974, writer and artist, Recchioni is working on the professional comics scene since 1993, when he debuted on the Dark Side series (one of his creations), published by BDPress. One of the founding partners of the independent publishing house, Factory, he later worked with StarShop, Comic Art, Rizzoli, Magic Press, Mondadori. Recchioni created (with Lorenzo Bartoli) "John Doe" and "Detective Dante" for Eura and (with Matteo Cremona) "David Murphy: 911" for Panini Comics. Also for Panini, he adapted for a comic book Licia Troisi’s novel, "Cronache del Mondo Emerso". He was the author of the script for many Diabolik’s stories, for Astorina publishing house. He created the graphic novels "Battaglia - le Guerre di Pietro", "Ucciderò ANCORA Billy the Kid", "Ammazzatine", "Asso" (as a writer-artist). Since 2007, he’s a member of Dylan Dog’s writers team and now, along with Franco Busatta, is the main editor of the series. He collaborates also with le Storie and Tex. Along with Emiliano Mammucari, he created “Orfani”, the first full-color monthly series published by Sergio Bonelli Editore. The first issue came out in October 2013. 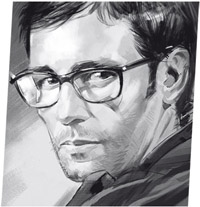 Born in Velletri (Rome) on April 21, 1975, Mammucari began working in comics in 1998, with a graphic novel called "Povero Pinocchio", published by Montego. Among his other works, he was the artist for the first issue of "John Doe" (Eura editoriale), and then joined the team of artists working on the series Napoleone and Jan Dix. He’s been the author of all the covers of Caravan (mini-series, 2009), and of an entire album, published in 2010. In October 2013 he took to the newsstands the first full color monthly series of our Publishing House, Orfani (with writer Roberto Recchioni); Mammucari also illustrated the first album of the series.