The world of Cassidy

The Seventies, with their music, even the one performed by the roaring engines of a furious car chase 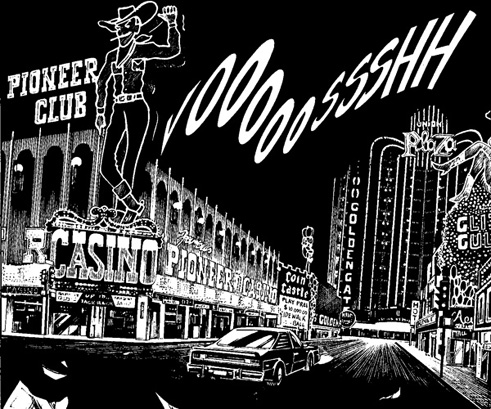 f Cassidy begin in 1977, in Arizona, USA. The 1970s are a very peculiar time for America as well as for the rest of the world. A time of change, that will become increasingly faster. At the same time, it’s also an era still anchored to an old way of thinking, to old lifestyles, to a world with larger holes than ours. A world where it was conceivable that a criminal like Cassidy could get away with it for a long time. The American South-West still was a dusty place with great spaces where you could run away and hide, make friends and nurse grudges, move wars and exact revenges. A group of rural States, full of deserts, long highways and oil wells that, just under the surface, had rules in life and justice coming directly from the Pioneers era.
Today you have to make an effort to remember a time when computers were few and limited, and the digital web was used almost exclusively by the Army; a time without cell phones, where the CSI police wasn’t nearly as advanced as it is now. The perfect time for the story of a man like Raymond Cassidy.