The world of Volto Nascosto

Who is Volto Nascosto

Between Rome and Abyssinia, between 1889 and 1896, on the background of the first Italian colonial war.

It can seem an absurd that a war can originate from the interpretation of a Peace Treaty, but that’s exactly what happened between Italy and Ethiopia. In 1889 in Uccialli (near the Eritrean-Ethiopian border) the two countries signed a political and commercial agreement. A dispute about one paragraph of the Treaty generated a harsh confrontation between Emperor Menelik II’s troops and the Italians. 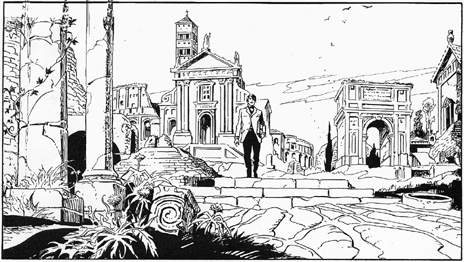 The Italian army’s catastrophic defeats in Amba Alagi, Macallè and Adwa brought on the peace treaty. This is the historical context where our adventurous story takes place. It’s composed of 14 episodes that happen in Rome and Abyssinia, between 1889 and 1896, with the First Italian Colonial War as a background.The African setting is a tribute to the cinematic tradition, homaging unforgettable movies such as “Lawrence of Arabia”, directed by David Lean, or “The Wind and the Lion”, directed by John Milius, just to name a couple. It’s a saga where adventure is the main feature – epic battles, assaults to caravans, sieges, kidnappings and every conceivable kind of intrigues. Just as in the great late-XIX century operas, epic is mixed with hidden private crimes, vengeance, passion, nightmares and ghosts. It’s a mixture of different elements to try and create not just an entertaining tale, but an adventure where history and true-life stories can emotionally enthrall, as well as provoke some thoughts on a recent past that’s still very present.