Who is Volto Nascosto

A mysterious commander, a brave young man, one arrogant officer and a fascinating noblewoman. 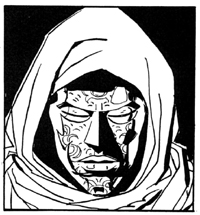 Volto Nascosto
A mystery warrior, whose face is covered by a silver mask. He’s the leader of a band of marauders from many different African people, and to them he’s not only a commander, but also a living legend. During the course of the war, Volto Nascosto (Hidden Face) becomes the right-hand man of Taitù, Queen of Ethiopia. 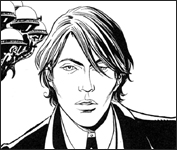 Ugo Pastore
A young travelling salesman, he has an exciting encounter with Volto Nascosto and takes part in the discussion of the Treaty of Uccialli. Once back in Rome, a bitterly disillusioned Ugo leaves his thrilling life in the exotic places, willingly choosing a duller job in a notary’s office. But he’s in for many unforeseen surprises.
Ugo is a sensitive and brave man, shy and reserved – but he’s invariably ready to generously enter the fray to help the weak, or his dear ones. He can shoot quite well, but only when an extreme situation requires it, and he never shoots to kill. 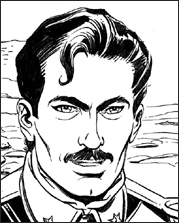 Vittorio De Cesari
Scion of a noble family, he’s a bold cavalry officer. He’s the true personification of an adventurous spirit taken to its extremes. Sent to Africa with his regiment, he’s appointed leader of a squadron of local troops and immediately becomes well known for his brilliantly daring exploits. Volto Nascosto becomes more than an enemy for him – he is Vittorio’s obsession and the brave officer’s only dream is to be able to face him, and find out what’s hiding behind his silver mask. 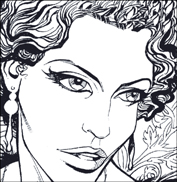 Matilde Sereni
A rich Roman lady, whose indubitable charm attracts both Ugo and Vittorio, friends but rival in love. Emotionally fragile, Matilde tries to forget some dark and painful memories of her past, by regularly organizing magnificent receptions in her house’s salon. Ugo’s sincere and unselfish devotion awakes in her an instinctive, caring sympathy – but it’s only with Vittorio that she comes to know what love is. A love that will become for her a sweeping and destructive passion.