Everything you need to know about Greystorm 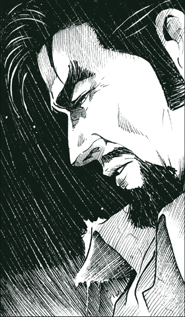 THE HISTORY OF "BONELLIAN" COMICS IS RICH OF ANTI-HEROES, BUT THIS TIME WE HAVE A SAGA TOLD FROM THE "VILLAIN"’S POINT OF VIEW. WAS IT HARD TO CREATE A CHARACTER WITH NEGATIVE TRAITS?
AS: I’ve always been very keen about the so-called “villains” and, as a script, I found it stimulating to try and understand the motives of people who side with Evil. On the other hand, I didn’t want Robert Greystorm’s wicked actions to appear as justified by a tormented past of any kind. I hope that Robert will appear to the reader as a truly wicked character and, for that as well, a fascinating one.
GC: On the graphic side, I tried to represent Greystorm’s shady and wicked personality in his exterior appearance (hair, goatee, eyes), but also in the way he dresses. While designing all of the flying and non-flying vehicles created by our anti-hero, I tried to insufflate them with his ambitious personality. And so we have bat-like mechanical wings, imposing flying ships with a great quantity of engines, to show the enormous scale of his projects. 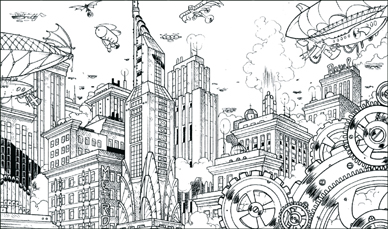 FLYING MACHINES, STEAM ENGINES, A VICTORIAN SETTING...CAN WE ASCRIBE GREYSTORM TO THE SO-CALLED "STEAMPUNK" GENRE?
AS: From a narrative point of view, I wouldn’t say so. The world where Robert Greystorm lives is not an alternative universe where humanity chose steam as its primary energy — Greystorm lives in our historical reality, in whose folds we find the story told in our miniseries. The projects and ideas we talk about in the pages of the albums are based on true evidence from that time. Then we “romanced” it a bit, just to keep the adventure going. We are more in Jules Verne’s world than in the world of William Gibson and Bruce Sterling, writers of one of the most famous “steampunk” novels, “The difference engine”.
GC: For the visual elements of the series, though, the rich imagery of the “steampunk” universe was an important reference for me. When I began working at this project, I wouldn’t have imagined to find so many people who love the genre’s aesthetics and its philosophy as well. There’s even someone who created a steam-powered computer! 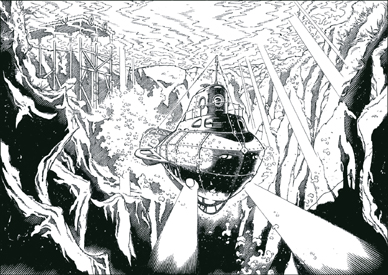 OTHER MINISERIES, AUCH AS THE RECENT "CARAVAN", PRESENTED A MANY-VOICED ADVENTURE, WITHOUT FOCUSING ON JUST ONE CHARACTER. WITH GREYSTORM, SHALL WE EXPECT THE RETURN OF A MORE CLASSIC MAIN HERO?
AS: Undoubtedly, Robert Greystorm is the linchpin around which all the story revolves. But there are other (and not a few!) characters that play an important role in a story that’s divided in chapters, as a coherent, great novel. We’ll see some of these characters come to life, grow up and even die, during the more than 20 years of the narration. A narration whose main sequence of events was already defined at the beginning of the project, and which kept being enriched by new elements that, at the time of the “final cut”, found their right place in each album.
GC: It’s interesting, also, to remark that I had to draw each character in the miniseries at their different ages. After, a lot of work about this was made by each artist who work at the creation of the single stories. 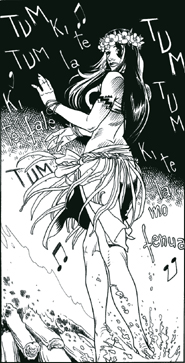 TWELVE ISSUES, WITH A DECIDEDLY LONGER-THAN-USUAL LAST CHAPTER (MORE THAN 200 PAGES!). DID THE END OF THE STORY GET OUT OF HAND, FORCING YOU TO INCREASE THE NUMBER OF PAGES FOR THE LAST ALBUM?
AS: We worked at this project in the way movies are made — we didn’t begin writing and drawing from issue 1 but, (funny, no?) from what at the time was episode 10! During these almost four years of developing the series, the personalities of our characters changed a lot, and their choices as well. We found ourselves with stories begun years before the others, that were beautiful from a graphical and narrative point of view, but that we eventually felt as an interruption in the dramatic sequence of the main events. Besides, and Gianmauro can confirm it, during this time loads of preparatory drawings, and studies for settings, vehicles and characters were produced. As a script, for my part, I collected a great amount of curious materials, about the long span of time from 1897 to 1919, the time frame where Greystorm’s story takes place.The twelfth album will contain a long comics adventure, that we call “The Lost Chapter”, where the reader will find out about hidden details of the events told in the foregoing issues, but also many “extras”, such as comments from the voices of the authors, drawings, sketches and studies, as well as “deleted scenes”. A true special issue, in fact.
GC: That’s true: while working day by day to such a long-term project, you just don’t realize how many thing you draw, elaborate and create, before arriving to the final visualization of an object, a vehicle, or a character. We hope that this final adventure, joined by a generous “behind the scenes”, will intrigue our readers, rewarding them for following us until the end of the series.