The dawn of a new century, with its revolutions, is the setting for Greystorm's adventure 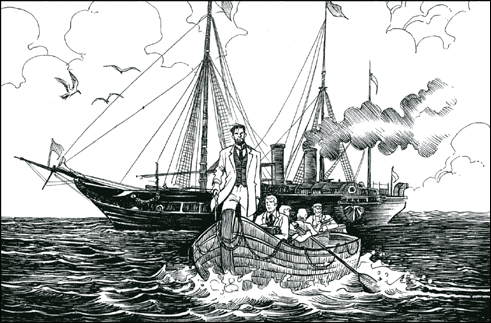 Robert Greystorm cover a time frame that begins in 1897, when we first meet our character in college, and ends in 1919. A 20-year period where Greystorm will develop his diabolical plans between the folds of History with a capital “H”. The world narrated in the series is not an imaginary and fantasy world, but the real world that witnessed the beginning of the modern industrial and technological era. Historical references to events, inventions, discoveries and project are all historically well-documented, though the authors necessarily took some poetic licences: the universe of this mini-series is the same we all live in.

The progress of events will take our characters, and the readers with them, from Victorian-era England to the barren lands of the South Pole, that Robert Greystorm and Jason Howard will reach, keeping their enterprise secret, eleven years before Amundsen and Scott. The adventure will go on in the isolated Pacific archipelagoes, to finally get our heroes back in London, a city already congested by traffic, on the verge of a great mobilization after the beginning of WWI.